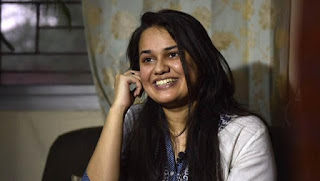 A 22-year-old woman from Delhi topped the 2015 civil services examination on her first attempt and a railway officer from Jammu and Kashmir secured the second position as the results of one of India’s toughest tests was announced on Tuesday. A total of 1,078 candidates cleared the Union Public Service Commission (UPSC) exam -- 499 from the general category, 314 from the other backward classes, 176 from the scheduled castes and 89 from the scheduled tribes. Dabi topped the test, followed by Athar Aamir Ul Shafi Khan and Delhi’s Jasmeet Singh Sandhu. “Congrats to all those who cleared the Civil Services Exam. My good wishes as they commence a new & exciting phase of their lives,” Prime Minister Narendra Modi tweeted.


1. Tina Dabi, political science student, graduated from Lady Shri Ram College in 2014. Dabi, who has always been a good student, with deep interest in politics, was also pronounced 'student of the year' during her graduation, as revealed by her father.
2. The topper has chosen Haryana as her preferred cadre. She said that she always wanted to work in a challenging state - one of the main reasons behind her choosing Haryana. Further, women and gender equality is an issue close to her heart, she revealed. Talking about Haryana, she said, "We all know the sex ratio of girl and boy child is quite less and that is why I would like to contribute my efforts for the empowerment of women there." Elaborating more on her choice of Haryana as preferred state to work in, she said women should be given more chance to work in administration.
3. She credits her mother and her alma mater - Lady Shri Ram College for her success and mainly for her ideas about women empowerment. She said that she was brought up and shaped with very strong values as a young girl and a woman.
4. Dabi comes from a family of engineers. Both her parents are Indian Engineering Service (IES) officers. Her mother however has taken voluntary retirement from the job. Tina happens to be the first in the family who joined civil services. Her younger sister looks forward to following in Tina's footsteps.
5. The 22-year-old calls herself a typical Delhi girl, whose hobbies include painting, with a penchant for Madhubani painting, reading and shopping. She is also a movie buff and enjoys watching English television series.