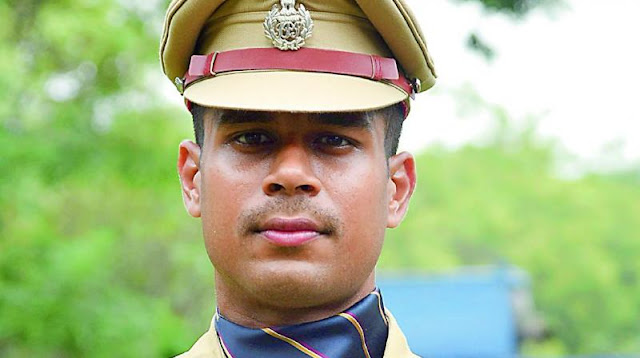 HYDERABAD: Sameer Aslam Shaikh became the winner of the Prime Minister’s baton and Home Ministry’s revolver for the Best All-round IPS probationer.
Aslam Shaik, a BE Eletrical and Electronics graduate hailed from a middle class family from Maharashtra’s Thane.
Aslam says that several stories of IPS officials bringing about a change in society inspired him.
Aslam holds legendary IPS officer Julio Francis Ribeiro as his role model and accordingly started preparing for the exam and cleared the civil services in his first attempt.
“I used to read the stories of police officials especially Julio Ribeiro and gained inspiration from him to become an IPS officer,” a delighted Aslam Shaikh said.
Union Home minister Rajnath Singh would be the chief guest at the passing out parade of IPS trainees to be held at Sardar Vallabhbhai Patel National Police Academy (SVPNPA) here on October 30.
A total 136 IPS probationers, including 14 foreigners from Royal Bhutan Police, Nepal Police and Maldives Police, would take part in the ‘Dikshant’ (passing out) parade. Out of 22 women probationers, one is from Bhutan Police, a SVPNPA release said today.
“The young officers have been trained to deal with various situations. Before becoming full-fledged IPS Officers, these trainees will be undergoing various attachments with Central Police Organizations and CAPFs,” the release quoted DR Doley Barman, IPS, Director, SVPNPA as saying.
With PTI inputs