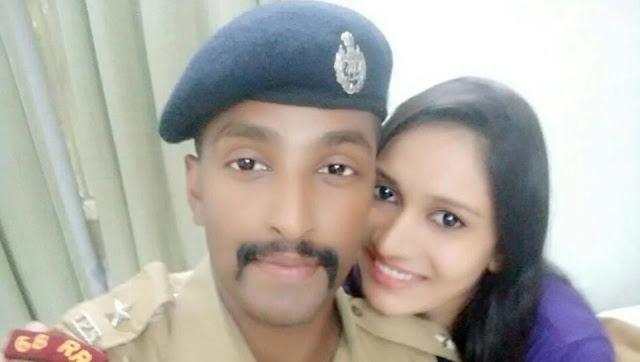 The special team probing the case involving IPS officer Safeer Karim, who was caught red-handed trying to cheat during the main examination of UPSC last week, arrested the owner of an IAS coaching centre in Kerala and its front-office manager on Saturday for allegedly helping him clear the preliminary exams held last year through fraudulent means.

The duo has been brought to Chennai.

Karim was arrested last Saturday during a raid, following an input from the Intelligence Bureau, at the Presidency Girls’ Higher Secondary School, Egmore. When he was frisked, officials found a mobile phone, a Bluetooth earpiece and other electronic gadgets concealed in the folds of his shirt. He was using them to communicate with his wife to get answers for the questions.

The Egmore police arrested Karim and seized the unauthorised articles. Now, it has emerged that he had used the same method to cheat in the preliminary exam in Madurai.

Sources added that Karim appeared for the preliminary examination in Madurai. While writing the examination, he sent scanned question papers from the examination hall through a small camera wired onto his clothes to Mohammed Shahib Khan, who was sitting in Neo IAS Coaching Centre in Kochi.

The head office of the centre is in Thiruvananthapuram.

Khan, the front office assistant of the coaching centre, is apparently a confidante of Karim and he got the answers for the objective type questions from his boss Samjad, who runs Neo Coaching Centre. Both Khan and Samjad admitted to having committed the offence.

The police had arrested Karim’s wife Joicy and friend Rambabu Paladugu of La Excellence, an institute that offers coaching for IAS, on the same day the IPS officer was arrested.

Police said both were found sitting in a room and reading out answers to Karim over the phone.

A police officer said a few other family members of Karim were also allegedly involved in similar malpractices. Meanwhile, Joicy came out of the prison on Friday after a magistrate court granted her bail.

The city police is likely to move an application seeking custody of Karim and Rambabu. The hearing on their bail plea was adjourned to Monday by the 14th metropolitan magistrate.

Police sources said the case could be handed over to the Central Bureau of Investigation or the CB-CID considering the fact that investigation has already spanned several States and could result in more arrests.

La Excellence, a Hyderabad-based civil services coaching institute, whose tagline is “Civil Services never been an unconquerable frontier again”, is under the joint investigation of the Tamil Nadu and Telangana police in the wake of the arrest of an IPS officer, Safeer Karim, who was caught cheating while sitting for the UPSC examination to become an IAS officer, in Chennai, on 28 October.
Karim and his wife Joicy Joyce were long-time students and associates of La Excellence IAS academy and its founder-director Dr Rambabu Paladugu. La Excellence claims to have produced 12 IAS, IPS officers, including 200 other officers belonging to the Allied Services, in the last three years.
A Telangana police officer, who is coordinating with the UPSC and the Chennai police in the investigation, told this newspaper that they would probe if La Excellence had adopted any malpractices to get good ranks for its candidates from previous batches too. La Excellence claimed 12 ranks in 2015, 31 ranks in 2016 and 32 ranks in 2017.
The hi-tech copying incident by Karim, 29, has not only woken up the UPSC to newer possibilities of malpractice, but has also made it wary of the role being played by coaching institutes that are promising guaranteed ranks to those who undertake their crash courses. The UPSC has also sought the views of the police to tighten the frisking process of the candidates.
The arrest of Karim, who used the latest gadgets and Google Drive to send questions from a Chennai examination centre to the coaching institute in Hyderabad, and received the answers through a micro-earphone, has stunned the UPSC.
La Excellence, one of the top IAS coaching centres in Hyderabad’s Ashok Nagar, where dozens of civil services institutes are located, has branches in Delhi, Bhopal, Kochi and Thiruvananthapuram. Since its inception in 2012, La Excellence has claimed to have produced around 200 top rankers in UPSC examinations, and claims to have the highest success rate among all the other coaching centres in the city.
Safeer Karim, Joicy Joyce and Rambabu Paladugu were taken into custody on 30 October and were produced at a city criminal court the next day. They were taken to Chennai for further interrogation. Joicy is a faculty at La Excellence and the director of its Thiruvananthapuram branch, Karim La Excellence IAS, which was opened two years ago.
A joint team of police personnel from Chennai and Hyderabad recovered the laptop, camera, microphone, mobile phones and the Google Drive account where Karim used to send images of the question paper from a button camera fixed to his shirt. Joicy and Rambabu admitted to have sent answers to Karim from their office at the time of the examination.
Karim had a mini-Bluetooth in his ear, a micro-camera on his shirt and a mobile inside his trousers’ pockets. He sent the entire question paper to his Google Drive, which was picked up by Joicy and Rambabu in Hyderabad. The answers were read out to him on phone. The invigilators in the examination hall noticed that he was murmuring, and complained to the police, who swung into action within 30 minutes.
A senior police official heading the probe told The Sunday Guardian that the Chennai police took Karim out of the examination hall immediately and recovered all the gadgets on his body. But they kept his arrest secret so that his accomplices in Hyderabad did not get wind of it.
During his confession, Karim told the police that he had resorted to the same method in his civil services preliminaries too. A five-hour interrogation by Chennai police’s IT wing revealed that he had procured the gadgets through the Dark-net a year ago. He allegedly tested them on his sister, who cracked an ISRO examination last year.
Karim, who belongs to Aluva in Kerala, studied at La Excellence and was selected for IPS in 2015. However, his aspiration was to join IAS and so continued his association with Rambabu. Later, he was assigned to the Tamil Nadu cadre and is now posted as assistant superintendent of police at Tirunelveli.
Karim appeared for the 2016-17 preliminaries and scored higher marks. While Karim confessed that he used the same gadgets in the preliminaries too, it is not known whether the coaching centre helped the other candidates too to commit a similar fraud. The police is investigating this angle right now.
Rambabu himself is a failed IAS aspirant. He appeared for the civil services many times and finally joined as a faculty at a Delhi coaching institute in 2005. Later, he shifted to Hyderabad and started his La Excellence in Ashok Nagar, the hub of IAS coaching centres. Candidates from across the country come to Ashok Nagar for “success-guaranteed” coaching. The fees here range from Rs 25,000 to Rs 50,000 for the preliminaries and Rs 75,000 to Rs 1.50 lakh for the mains, spanning a period of six to seven months. La Excellence charges Rs 1.50 lakh and Rambabu, popularly known as “Dr Saheb”, takes political sciences classes.
Joicy, too, was an IAS aspirant, but joined as a faculty at La Excellence in Hyderabad and later moved to Thiruvananthapuram as its branch director. UPSC wants to probe whether any candidates from La Excellence in Kochi and Thiruvananthapuram, too, resorted to malpractices and how Joicy was guaranteeing ranks to the aspirants. However, M. Bala Latha, who came 167th in the 2017 UPSC finals, told this newspaper that it would not be fair to suspect all rank holders for the fault of one candidate. However, she agreed that the UPSC needed to increase its examination security and tighten invigilation.